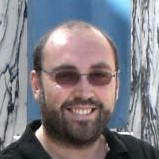 José A. Macías started his faculty career in 1998 in the Escuela Universitaria de Ingeniería Técnica de Telecomunicación at the Universidad Politécnica de Madrid. He studied the doctoral courses at the Faculty of Computer Science at the same University and, later on, he moved to the Universidad Autónoma de Madrid where he obtained his Ph.D. in Computer Science and permanent position as TU (Associate Professor).

He has attended and joined several national and international prestigious conferences, as member of the program committee and review board, such as UIST, IUI, CADUI and CHI among others. Additionally, he has participated in the organization of conferences such as Interacción 2007, ACM Intelligent User Interfaces 2008 and Interacción 2013. José A. Macías is part of different national and international associations, such as AIPO, where he participated in the steering committee as President, and ACM-SIGCHI, where he participated as co-chair.

Furthermore, José A. Macías is author of a great number of publications in prestigious HCI conferences, books and journals. He also obtained outstanding academic awards such as the "Outstanding Paper Award" conferred by IEEE Neural Networks Society. Besides, José A. Macías has carried out collaborations and stays in different universities and research centres such as the Universidad Nacional de Rosario in Argentina, the Universidad Politécnica de Madrid, the University of Oslo and the ISTI-CNR (Institute of Information Science and Technologies, National Research Council.) in Pisa, Italy.

Measuring and improving the quality of development processes based on usability and accessibility, 2021, Universal Access in the Information Society. DOI: 10.1007/s10209-020-00726-7

Toward collisions produced in requirements rankings: A qualitative approach and experimental study, 2019, Journal of Systems and Software. DOI: 10.1016/j.jss.2019.110417

A set of prescribed activities for enhancing requirements engineering in the development of usable e-Government applications, 2017, Requirements Engineering. DOI: 10.1007/s00766-017-0282-x

Interactive design of adaptive courses, 2001, Computers and Education: Towards an Interconnected Society

Evolving and assembling functional link networks, 2000, Proceedings of the 2000 Congress on Evolutionary Computation, Vols 1 and 2